SOUTH won the toss and decided to bat first in the Soca Kings-sponsored North/South Classic which started on Thursday (January 12) at the National Cricket Centre Ground in Balmain, Couva.

The four-day match is being used as the final opportunity for the leading cricketers to address the national selectors for selection on the Red Force team to play in the CWI Regional 4-Day Tournament.

In a short opening ceremony, special guest Mahammad “Maq” Qureshi, chairman of the Cricket Council USA, advised the players that the match was a great opportunity to move into the international arena.

“From here you can go on to play in the regional tournament, the CPL, the IPL, and the US Open T20 organised by the CCUSA,” said Qureshi.

Also present to meet the players from both teams were Parasram Singh, third vice-president of the Trinidad and  Tobago Cricket Board; and Sudesh Jaggessar, one of the principals in the Soca Kings sponsorship team.

Qureshi who is on a short visit to Trinidad said he was impressed with the National Cricket Centre at Balmain, and the Sir Frank Worrell Development Centre. He said he looked forward to some exciting cricket. 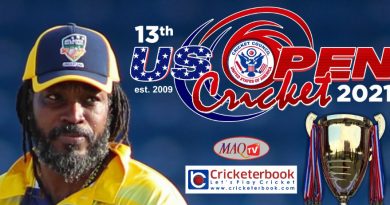 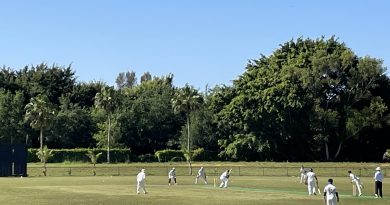 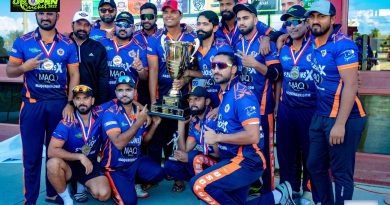