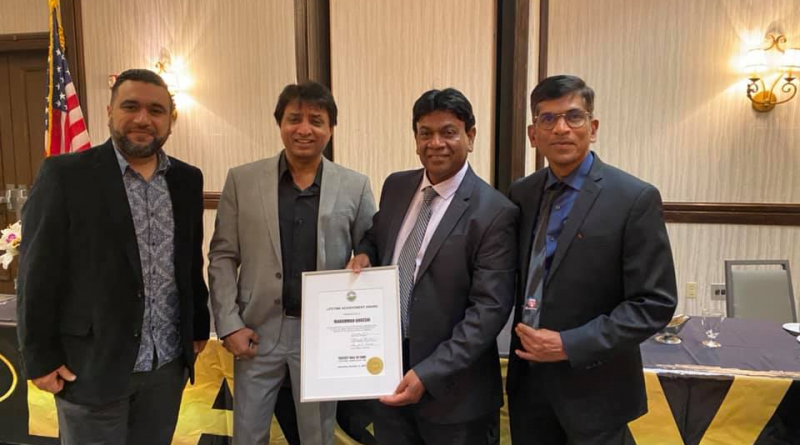 Chairman of Cricket Council USA (CCUSA) Mahammad Qureshi was bestowed with a Lifetime Achievement Award from the Cricket Hall of Fame on Saturday night at a gala induction ceremony at the Embassy Suites in Boca Raton, USA.

The cricket administrator extraordinaire was on hand to receive the award from executive director of the Cricket Hall of Fame Michael Chambers, who said that no one in the US has done more for the development of the sport than Qureshi. Chambers said: “Qureshi was inducted into the Hall of Fame some years ago but we realized that we had to give him this lifetime achievement award as over the past few years it is amazing what we he has for the development of cricket in this country.

“We are now seeing cricket taking off and we firmly believe that it is due to the effort of people like Qureshi that we are now seeing this attention being given to the sport here. He has spent millions of dollars into developing cricket through his US Open T20 tournament, academies and other activities. He has been a great servant of the Hall and we are very happy to honor him.”

Qureshi, who also managed the United States team some years ago said he was humbled by the gesture. “I am happy to be recognized by the Cricket Hall of Fame for my work in cricket. I love the game and I love people and hence this is why I put so much into the sport. I have spent a lot of my money in getting cricket grounds and staging tournaments and it gives me great pleasure to see the players developing and performing on the world stage. To give cricket this much attention takes effort but I am here to continue to serve this sport.

“In the early stages I was out front in convincing the County to erect the Central Broward Regional Park and then I have made a number of cricket grounds myself. I have facilities in Delray Beach, Chicago, Atlanta and now North Carolina.” 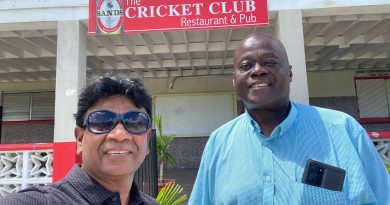 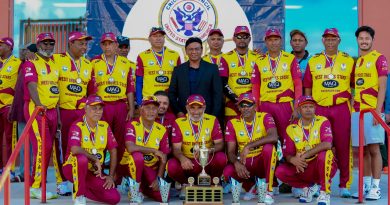 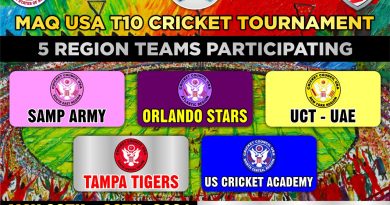